What is Keyword “(Not Provided)” in Google Analytics

Ahhh… Google Analytics—this favorite tool of marketers is easily installed, offers incredibly valuable data, is free, and yet is becoming more and more frustrating for businesses to use and extract data from.

In the past, Google Analytics allowed website owners to see all of the search terms that visitors had used to find your website. This ability would then enable a webmaster or marketer to use that keyword data to make the experience better for users: you could create a custom segment based on the type of keyword your visitors were using, and use those reports to analyze traffic patterns and user behavior for those visitors, find out whether they did (or didn’t) like the content you offered, how much time they spent on your website, which pages they clicked on (or didn’t), which actions they took (or didn’t), and which pages they exited on. This was extremely helpful information.

However, late last year (around October), Google decided to encrypt all outbound clicks in their search results for users that are signed into any of Google’s websites (which means any user signed into Gmail, YouTube, Google Plus, Google Maps, and more), and do it in such a way that it destroys the referrer data that this keyword report relies on. What did that decision mean for businesses? It meant that all of a sudden, website owners started seeing “(not provided)” show up in their search terms report. (I sometimes joke that “(not provided)” really means “neener neener neener–we’ll never tell!“, because that’s essentially what it means).

When the encrypted search changes were first made, people in the SEO community started panicking, fearing that it would make their job much, much more difficult. …and they were exactly right. This change has made it much harder to optimize your website’s traffic, to analyze user behavior and to make changes based on the data.

Google responded to this by essentially telling webmasters not to worry about it too much because the change was only going to affect “a single-digit percentage” of all Google search users. Google also stated that referrer data would be preserved for AdWords customers, so if you really wanted to see your keyword data, buy ads.

Now, call me a cynic, but it ruffles my feathers whenever a new rule is introduced by an organization and you’re told that it will affect a tiny minority of people, and I tend not to believe it.

Even if Google were to argue that it’s still accurate that only single-digit percentages of all searches are affected (which I seriously doubt), that’s no consolation to webmasters who have been watching their Analytics reports each month as “(not provided)” shows up as a greater and greater percentage of their traffic.

I wondered about this earlier this week and decided to check the reports on our own website to see just how much of our traffic is listed as “(not provided)” and was stunned with the results. Take a look:

You’ll notice that in August and September of 2011, the term “(not provided)” didn’t show up at all—this was before the encrypted search feature was implemented and blocked data represented 0% of our traffic. But after only one month, this number shot all the way up to 13%. As of November, 2012 (about one year and one month later), a full 49.91% of ALL organic search traffic sent by Google has referring data blocked. That means for nearly half the visitors who have found our website via Google’s organic search results, I cannot know what search terms they used to find us.

So what does this mean for businesses? It means a few things:

There is still a slight glimmer of hope for webmasters and search engine marketers: there is a workaround where you can see some limited keyword data in Google Webmaster Tools, but it’s all aggregated, you can only get three months worth of data, and you cannot get any data on click activity on your website—only initial visits.

A few people such as Avinash Kaushik have written on ways to try to derive as much information as possible without keyword data, but overall, it’s a lot of work for very little solid data.

What about you? What does your organic search keywords report show? Is referrer data being blocked for a large percentage of your traffic, and if so, what do you intend to do about it? If you’re having a hard time figuring out what to do now that your keyword data is being blocked, Contact Infront Webworks and we’ll see if we can put together an Internet Marketing plan that works regardless of the spike in blocked referrer data. 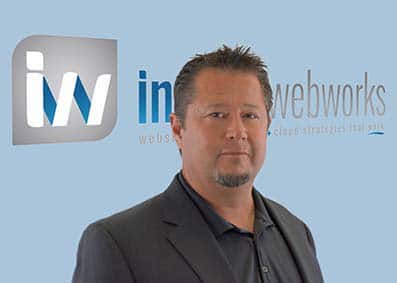 Is WordPress the Best Option to Get Your Business On the Internet?

Once upon a time, making a handcrafted website required a knack for coding. Now, anyone can make their own website using WordPress. WordPress is

The Importance of NAP SEO Consistency for Local Search Placement

When you hear terms like NAP SEO, local search, what comes to mind? Does it make your eyes glaze over? Well, we are here to make